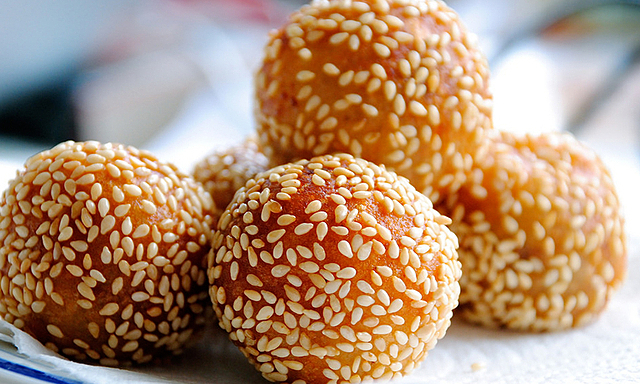 Sesame balls at a stall in HCMC's Go Vap District. Photo by Shutterstock/Andy Nguyen The CNN channel has listed banh cam, a southern Vietnamese deep-fried glutinous rice ball, as one of 30 best fried foods in the world.

"Though the name translates to "orange cake," there's no orange flavor in these deep-fried rice balls. Instead, these southern Vietnamese sweets are named for their visual resemblance to an orange," CNN editors said.

Banh cam is made with tender glutinous rice flour and filled with mung bean paste. The balls are then rolled in sesame seeds and fried. It is a highly favored dessert in the southern region.

A northern parallel to this dish is the banh ran, but this variation has a sugary syrup poured over it.

The American news channel has been keeping a keen eye on Vietnamese cuisine.

Last week, it included Vietnam's popular banh mi in a list of the world's 23 best sandwiches.